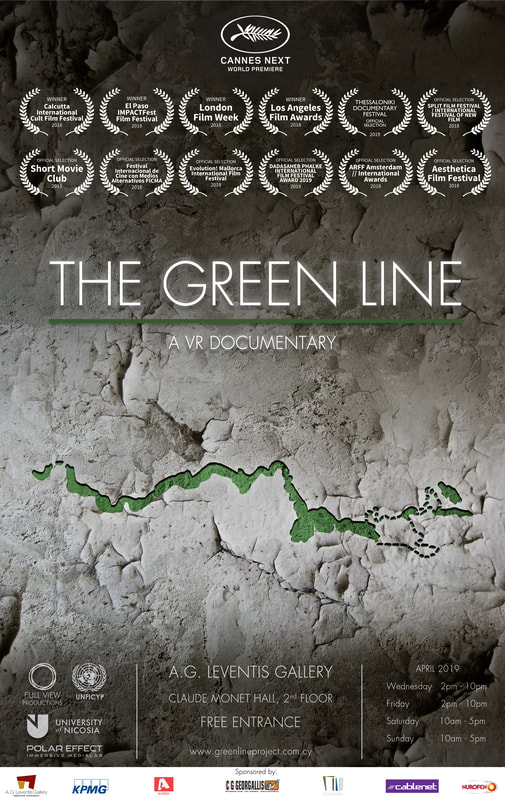 The Green Line, a VR short film documenting areas of the UN Buffer Zone in Cyprus, premiered as part of the Cannes Film Festival’s CannesNEXT initiative on May 8th, 2018. Documenting areas within the Cyprus Buffer Zone, some unseen by the public since 1963, The Green Line immerses viewers into one of the most restricted places on the planet, in an effort to raise international awareness for the current political situation in Cyprus, a nation divided since 1974.

The Green Line team was granted access into the Cyprus Buffer Zone in January 2016. Escorted by UN convoy, the team filmed what remains of the abandoned villages of Selemani, Varisheia, and the abandoned Nicosia International Airport. After presenting the concept for the film at the VR conference VRDays in Amsterdam in 2017, The Green Line was invited to premiere at Cannes as part of the Marche du Film’s CannesNext Initiative, which promotes innovations in filming technology.

The Green Line was produced with the generous support of UNFICYP, the University of Nicosia, The Cyprus Ministry of Education & Culture and PolarEffect Productions.